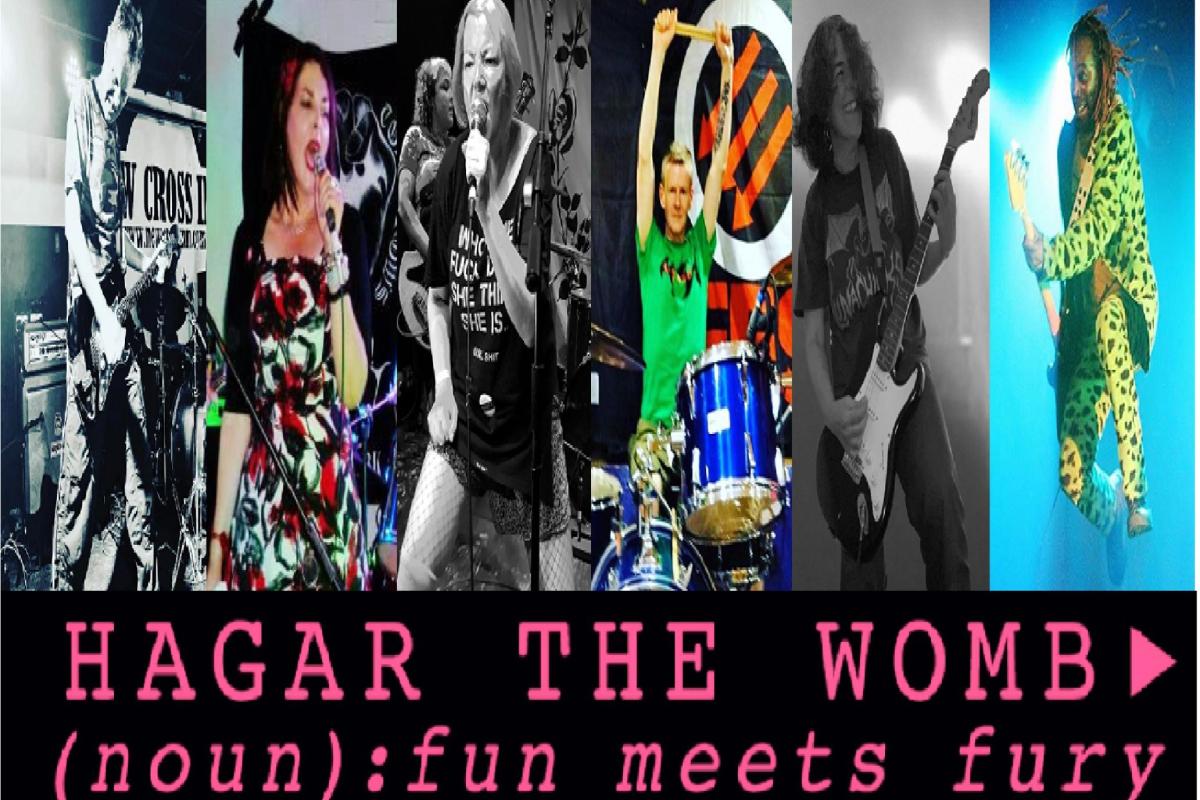 Hägar the Womb must be the best kept secret of the British punk scene. This outrageous gang consists of three women, three men and five empty crates. Their concerts are always a succession of fast songs with double vocals, regularly interrupted for hilarious dialogues between the band members, varying from a report on the booze they have on stage to truly unacceptable behaviour at the expense of the poor bass player. This band represents everything punk should be.

Their latest release is the 10” mini-album 'Hagitate' from 2019, six formal charges against sexism, media manipulation, planet-destroying consumerism and other nice habits some people consider to be normal.